Holidays x One: Mother of the Groom

He was a bundle of excitement and energy – a high-pitched voice that we constantly mocked, “Mom, Mom, Mom, Mom, Mom!!!” over and over until he got eye contact

and full-faced attention. Extra smart and outspoken, Jesse always started the school year enthusiastically. About the third week of school I would invariably get a call from the teacher.

“Can we have a little talk about Jesse?”

They either loved him or he drove them crazy.

I loved him. My sweet little bundle of baby boy was as honest as daybreak and as out there as the sunset, showing off every color, every shade, every nuance until his head hit the pillow at night with a thunk. Out.  He drove his sister crazy.  They shared a room and every night Molly would pray, “Please don’t let Jesse wake me up.”

I got divorced when he was two. So then began the round of split weekends, every other weekend with a dad that lasted until he was 18 years-old.

Junior High held some rough years and my second husband, Mike, was a God-send. They really liked each other and things smoothed over a bit. And actually it worked both ways. When Jesse was acting out and angry at the world, he committed his heart to Jesus Christ and learned self-control and surrender. Mike was completely impressed.

“Jesse showed me Jesus,” Mike said. “He showed me how to put my faith in God.”

The God in him stuck. In high school he passed out Christian pamphlets in Downtown San Diego. At UC Berkeley he joined a Christian fraternity, but worked in the summer at the local Ashram, asking his questions. He got a great high-paying job

after college, but quit after six months, seeking something to satisfy his soul.

Jesse spent a year at a School of Evangelism – always questioning, not secure that he was hearing the voice of God, then following Jesus to a Mega-church conference in Atlanta for work. Just after Mike died, disillusioned with that sub-culture, he moved to the English Avenue neighborhood, with daily drug deals

, boarded houses and families in need of love and light. He had 3,000 Facebook friends, girls who adored him, but he didn’t respond. He was on a mission.

So when Annabelle started showing up on his Facebook timeline when he was about 35 years-old, I didn’t think that much about it. Then he brought her to San Diego for Christmas.

The family fell immediately in love. In walked a tall, stunning, articulate, faith-filled woman who had a quirky side and great sense of humor. And beautiful, great style, with a passion for the English Avenue neighborhood. They could not have been a better fit. Before they left, I pulled him into my bedroom.

“Here, take my diamond ring.  If you’re smart, you’ll give it to her and cherish her rest of your life. She is a gift to you,” I said.

It was still a few months until the perfect proposal was worked out and the ring was hers. Both sets of parents were anxiously praying until we got the word – a wedding in October!

Being the Mother of the Groom is a different ballgame. Especially at a distance. I planned a rehearsal dinner in a city I’ve never seen, with people I’ve never met, while the kids wanted it outdoors and catered by Chipotle.   Some of the family was coming from England – would they even like Mexican food? I hurled myself into gear, sending boxes of candles, borrowing 10 serape tablecloths, shipping those white Mexican wedding banners and twinkle lights across the nation, along with lanterns, bowls and a box of colorful maracas to let the guests take home. We sat around under the lights, the children at the fire pit making s’mores, and heard the story of Jesse and Annabelle’s romance from a number of perspectives. Indeed, it seemed that heaven came down. 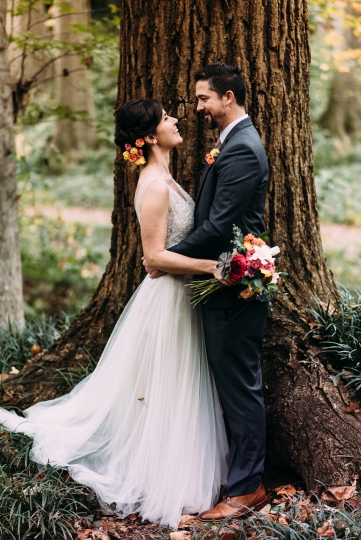 lf reflected their values. A beautiful, historic venue. Guests as diverse and supportive as could possibly be. The couple washed each other’s feet, prayed over their future and danced ‘til they dropped – all sweetened by apple

My little boy had somehow become an entrepreneur, a leader in his community, a husband, and a Godly man. I still hear echoes of the “Mom, Mom, Mom!” and know that it won’t be too long before they have their own bundles of love piercing their ear drums on a sweet front porch overlooking the neighborhood where they are changing lives in Atlanta.

Holidays x One: Mother of the Bride

I got the phone call a few seconds after my son read me the text, so it wasn’t a complete surprise.

“Roe and I are engaged and we’re so happy.”

I still save the message on my phone.

It was the voice of a woman, that voice, not of a young girl or a giddy 20-something. The voice was of my 35 year-old daughter who had been through hard times, health c 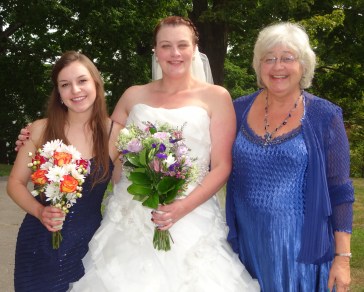 rises and bitter disappointments before moving 4,000 miles away for a fresh start. Four thousand miles to Portland, Maine from San Diego, California.

She couldn’t get further away from me and our persistent disapproval of each other and still be in the continental United States.

I was so happy and relieved that my daughter would have a partner who loved her and could help her through life – a soulmate, as it turned out. From what I could tell about my future son-in-law he was smart, caring, kind and deeply loved my daughter. Deeply loved.

But then I also went into a period of grieving. My daughter would have a husband while I did not. They would walk hand in hand on the beach, visit museums, explore restaurants and cities and each other. Places that I now awkwardly go alone, self-conscious and a little afraid. My time as a wife and mother is over. But I wrestled that self-pity monster to the ground fairly quickly.

Instead I went into a whirlwind of Mother of the Bride activities as much as possible when email and Facebook and texting were the common form of communication. An occasional phone call. I was tasked with making napkin rings and plunged into my task with fervor. I bought a beautiful dress and then bought her a gorgeous gown. All the rest, décor, favors, food, music, was a mystery to me. Boundaries were clearly set by this woman, my daughter. She unfriended me on Facebook.

“Don’t you think it’s kind of weird to have your mother as your Facebook friend?”

As luck or fate or a loving God would have it, I inherited a little money and was able to fly myself and her little sister to Bath, Maine, rent a cottage and be ground zero for finalizing favors, making nametags, baking a wedding cake and put the finishing touches on her excellent vision for the day. Aunts and Uncles, her Brother and his fiance from Atlanta all joined in to make her special day come off beautifully. She was a stunning bride, poised and capable, and enjoyed every minute of the ceremony and reception as a new Mrs.

The day before, just she and I took a trip to the WalMart in New Brunswick for a last-minute list. We went through those aisles like it was Christmas.
“Let’s get this!”
“Oh, I want one of those!”

We filled the cart with practical things like flashlights, and frivolous things like ribbon and bought the most beautiful blue fabric to make a Bride and Groom table. As we piled the cart high, I felt like I had my little girl back, one last time. It was the most fun we had together in years and years. And it was all mine.

When my daughter was young, maybe six or seven, she had her first piano recital after only a few lessons. We sat in the audience; nervous and trembling. She came on stage, hair in ribbons and a starchy new dress, and sat down on the bench. She placed her piano music above the keyboard. And…

And stared at it. It was the wrong music.

Then, slowly, she took the book off of the music stand. Folded it next to her on the bench, then positioned her hands and played the simple tune anyway. By heart.

It was a defining moment that took me years to absorb. She was capable. She could meet challenges on her own terms. She could overcome them with poise and grace.

And she still does. And she is still mine in my heart.

Just not mine alone. 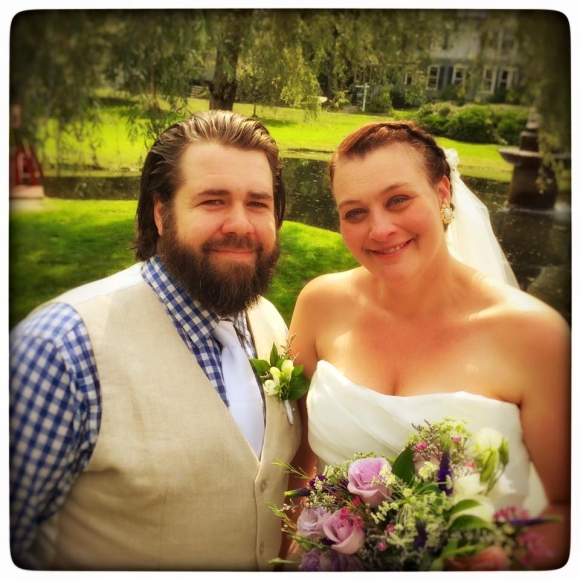